About Us Lyle Hanna, SPHR 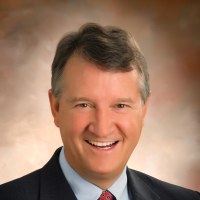 Lyle is the President of Hanna Resource Group. Prior to forming this firm which focuses on innovative business and human resource strategy, he was Managing Director for the Compensation, Benefits & Retirement Group division offices of Palmer & Cay in Kentucky, Tennessee and North Carolina. Lyle served as a Principal and Global Business Development Consultant in the Louisville office of William M. Mercer, Inc. He is also the former Director of Human Resources for Jerrico, Inc. Before that, Lyle worked for Texas Instruments for nine years, four of which he served as a Manager on the Corporate Human Resources staff.

Lyle uses his 30 years of experience in corporate human resource management to assist clients with strategic design and implementation of a wide range of programs including retirement, health, compensation systems, and general human resource planning.

Lyle has used his leadership talents for many other organizations. He has served in various key roles within the Society for Human Resource Management (SHRM) since the late 1980’s, and has served twice as Chair of the Kentucky SHRM State Council. He has been the chair of the national SHRM Foundation’s Board of Directors, and a member of the Human Resource Certification Institute board of directors. In 2005 KY SHRM established an award called the Lyle Hanna Spirit Award to recognize other volunteers who give mightily of their time and talent to the human resource profession.

He is the past Chair of the Kentucky Chamber of Commerce, and has worked extensively to establish partnerships between the KY Chamber and KY SHRM to enhance the human resource profession. Lyle is the founder of Best Places to Work in Kentucky.

Lyle is sought after by numerous Boards because of his extensive experience as a facilitator for strategic planning. He has traveled and worked in over a dozen countries on five continents. He speaks across the United States on a regular basis regarding Human Resources and Habitat. In 2001 he was written up in Fortune magazine for his success at balancing Habitat and his professional career.

Lyle is a graduate of the College of Wooster with a BA in Urban Studies (Economics / Political Science). In 1992 he achieved lifetime certification as a Senior Professional in Human Resources (SPHR).